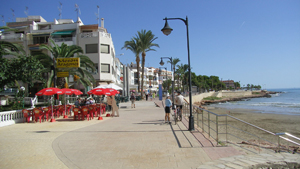 Located in de middle of the of the Mediterranean sea , at 8 Km. from Alcalá de Xivert and on the same municipality, on the seaside and with over 10 Km. of the finest sand beaches, with fresh water springs, boulders, some of them inside Sierra de Irta’s natural park considered as virgin.

Its history comes from the “Iberos” but due to its strategic position had witness all cultures that inhabit it. Visitors can enjoy great part of the legacy that is conserved here as the architectonic church named San Juan Bautista next to the bell tower and the parish museum in Alcalá. 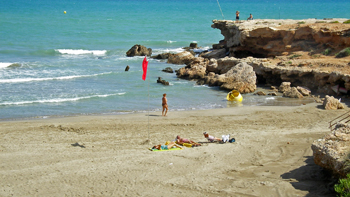 The coastal defence towers in Alcoceber, Les Capelletes rout, the culture’s house or the market and entering the Natural Park Sierra de Irta’s heart, the Muslim castle of Xivert at the end of S.XI.

Its complementary offer can be defined as extraordinary with a magnificent pleasure harbour, scuba diving school, sailing school, horse riding and a great offer to have fun with restaurants to sample its magnificent cuisine, pubs, discos, side walk café, you can also practise golf in the nearby city of Castellón or visit historical cities such as Morella or Peñiscola, both very important fortresses where Benedicto XIII “ Papa Luna” lived or doing nautical guided tours to Columbretes island’s Natural Park or Vall D’Uixo’s subway river ( San José caves).